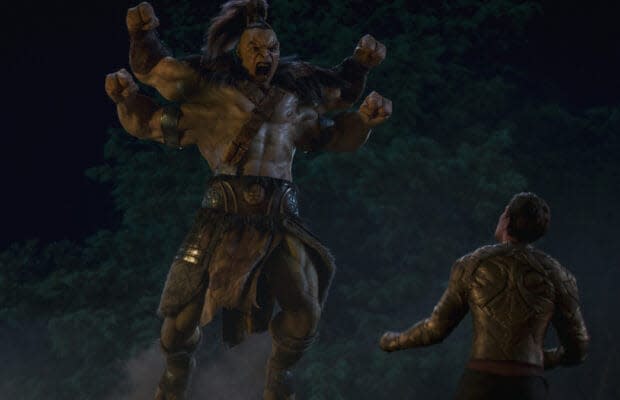 The blows were so hard that several crew members are heard asking, “Lewis, are you okay?”

On Thursday, “Mortal Kombat” star Lewis Tan posted behind-the-scenes footage from the just-released video game adaptation, where he was completely ridiculed by another artist.

In the clip, a harnessed Tan is seen thrown against wooden beams. And while they’re clearly stunt props, it still takes several beatings. Then, several crew members ask, “Lewis, are you okay?”

Tan, a trained martial artist, grimaces and jokes, “I’m going to need some shiatsu after this.”

His humor is also apparent in the caption of the tweet, where he wrote: “Goros [sic] the idea of ​​a four hands massage was not what I expected…”

The farm battle with Goro (a boss from the “Mortal Kombat” video game) is pivotal in the film as Tan’s character Cole defends his family against the four-armed warlord Shokan. As the clip shows, it’s a losing battle until Cole unlocks his special powers, aka arcana, manifesting armor and weapons out of nowhere.

And as intense as Goro’s fight is, Tan revealed that the finale between himself, Sub-Zero (Joe Taslim) and Scorpion (Hiroyuki Sanada) was “the hardest and best” of all the fight sequences.

“Mortal Kombat” is currently in theaters and streaming on HBO Max. Check out Tan’s fight clip underneath.

Goros’ idea of ​​a four hand massage was not what I expected… #MortalKombatMovie #Deadly Combat pic.twitter.com/JC3vnXcng8