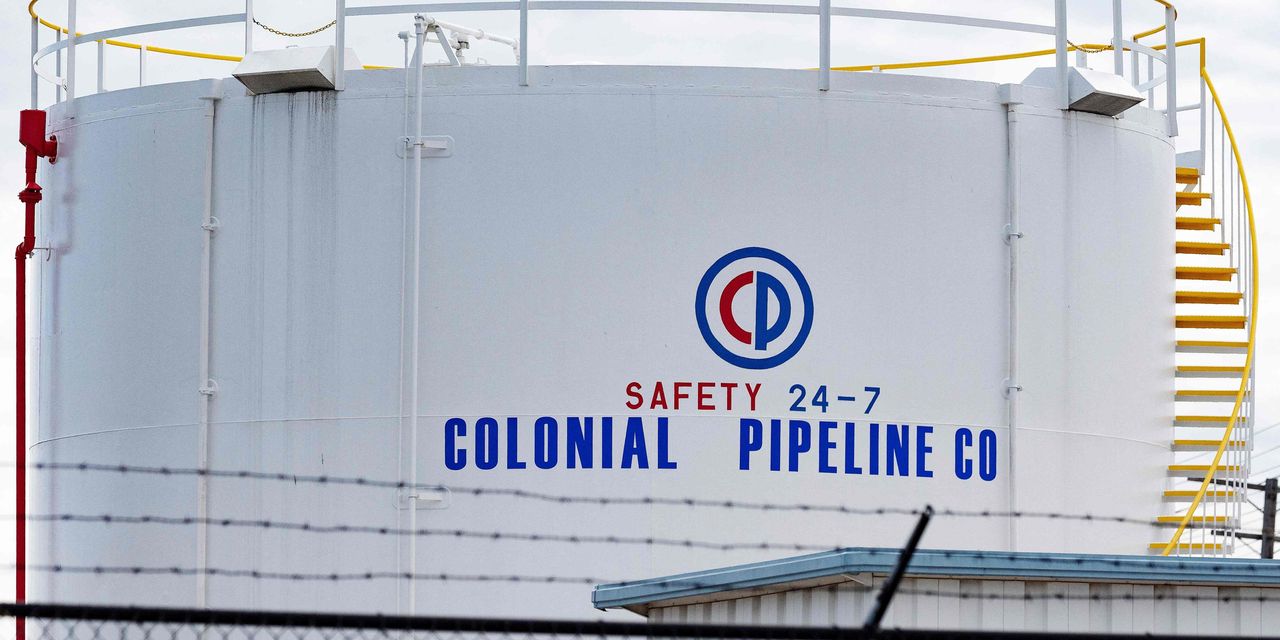 This is what the Colonial Pipeline cyberattack means for energy markets

The operator of the largest fuel pipeline system in the United States aims to “substantially” restore operational service by the end of the week after being forced to close a crucial artery supplying gasoline and other fuels to the east coast following a ransomware attack.

Restoring the crucial pipeline could avoid lasting repercussions on fuel supply and prices in the country, analysts said Monday.

“The pipeline is the most important to the US oil markets, given its size, but I suspect prices won’t be affected enough to deter people’s plans for summer vacations,” said Michael Lynch, chairman. from Strategic Energy & Economic Research.

Based on reports that the hack affected information systems, not machine controls, “suggests it shouldn’t be a long-term shutdown,” Lynch said.

Colonial Pipeline, based in Alpharetta, Ga., Said Monday it was returning to service its system, which supplies about 45 percent of the fuel consumed by the east coast, in a “staged” fashion, in accordance with relevant federal regulations and in close consultation with the Energy Department.

“While this situation remains fluid and continues to evolve, the Colonial Operations team is executing a plan that involves an incremental process that will facilitate a phased return to service,” the company said. “This plan is based on a number of factors, with security and compliance guiding our operational decisions, and the goal of substantially restoring operational service by the end of the week.”

Related: 20 cybersecurity stocks could climb to 79% in the next year, Wall Street says

Lynch said that if it takes more than an additional two to three days to restore service, “you can expect higher gas prices along the East Coast, especially around Memorial Day.” The vacation, which lands on May 31 of this year, marks the official start of the summer driving season.

Read: Will the Colonial Pipeline outage drive up gas prices? It all depends where you live

Prices at the gas pump have so far changed little from day to day. On Monday, the national average price of regular gasoline was $ 2.967 per gallon, little changed from $ 2.962 on Sunday, according to AAA.

Over the week, prices jumped 6 cents and AAA Forecast an increase this week in response to the pipeline shutdown.

“If the outage were to last longer than midweek, prices would go up much more, faster” as supply and localized outages emerge, said Brian Milne, editor and product manager at the DTN commodity analysis provider.

“This scenario will accelerate if the public panics and starts filling their tanks,” he said.

Colonial Pipeline said that she was the “victim of a cybersecurity attack” on Friday and had since learned that the incident involved ransomware, which can be used to block a victim’s data and essentially keep information hostage until ‘that a ransom is paid. The company said it has “proactively” taken some systems offline to contain the threat, “temporarily” halting all pipeline operations.

How important is the pipeline?

Colonial Pipeline Company operates the largest refined products pipeline in the United States, spanning more than 5,500 miles and transporting more than 100 million gallons of fuel, or 2.5 million barrels, per day to consumers in Houston , Texas, at New York Harbor.

The company transports about 45% of all fuel consumed on the East Coast and says it supplies refined products to more than 50 million Americans.

The types of fuels transported by the company’s pipeline system include various grades of gasoline, diesel fuel, heating oil, jet fuel and fuels for the United States military. The majority of the system is underground, according to the company, with tanks and other facilities at the main points of reception, storage and delivery.

James Williams, energy economist at WTRG Economics, told MarketWatch that there has been little response to gas pumps on the East Coast – at least over the weekend.

“With the threat of a gasoline shortage, consumers typically walk around gas stations, filling their tanks. Even when there is no real shortage, running the stations creates the appearance of a shortage, ”he said.

If the pipeline operator manages to “substantially” restore operations by the end of the week as it hopes, the market will only have “a few one-time shortages,” Williams said.

Yet “there are few more critical elements in our infrastructure than the Colonial Pipeline,” he said. “It’s the Mississippi River of the downstream oil industry.”

““There are few more critical elements in our infrastructure than the Colonial Pipeline. It is the Mississippi River of the downstream oil industry.“

On the futures market, US CL.1 oil,

CLM21
and RBM21 gasoline
futures hovered between losses and gains on Monday before settling just a dime or two more for the session.

Gasoline imports, meanwhile, are expected to remain strong in the mid-Atlantic “amid the higher price signals we’re seeing now,” DTN’s Milne said. The East Coast averaged about 825,000 barrels per day of gasoline imports in April, up more than 50% from the three-year average.

“Basically very little of an alternative,” said Williams, when asked how oil can be transported to the east coast without using the pipeline. “Some may be moved out of the Midwest. Oil tankers and rail are possibilities, but nothing can replace 1.5 million [barrels a day] gasoline and another million [barrels a day] diesel and jet fuel.

“Florida can get more fuel by barge from Louisiana or Houston,” he said. Some ships could be “sent to New York Harbor and they may also import more from Europe”.

Additionally, rail cars are a “possibility, but only if we anticipate prolonged outage” because “most tank cars are used for crude and will need to be cleaned before shipment,” Williams said, adding that rail shipments were taking. a lot of time.

There was also talk of the possibility of using ships to transport refined products from the Gulf Coast to the northeast, if the pipeline shutdown is prolonged.

In that case, a federal law called the Jones Act should be lifted, said analysts at RBC Capital Markets, led by analyst Michael Tran. The law prohibits the transportation of goods between points in the United States, either directly or through a foreign port, on a ship built or owned by a foreigner.

“Given the shortage of these ships, trading oil by water between ports is economically difficult,” RBC analysts said. “Waivers are rare, but not unprecedented,” they said, adding that during “Super Storm Sandy, which ravaged the northeastern United States in 2012, the US Department of Homeland Security temporarily waived to Jones Law. “Such a waiver could quickly cap product price increases as tankers already loaded on the Gulf Coast could divert to the East Coast in due course.”

There are other potential issues that can arise, Williams warned. “The problem is, if the pipeline is fixed this week, then they have gasoline and diesel that they don’t need already on the way,” he said. “Obviously we have a shortage of truck drivers and the truck fleet is typically used for more local delivery, which creates another shortage when they are diverted. “

Read: “The summer race” for gasoline on tap amid shortage of tanker drivers

Meanwhile, the The transport department has taken action to allow more flexibility for motor carriers and drivers, providing a temporary hours of service exemption that applies to pipes carrying gasoline, diesel, jet fuel and other refined products to certain states. This means that tanker drivers in 17 states along the pipeline route will be able to work beyond the usual 11-hour driving limit due to the shutdown, according to Politico.

When should the market really be worried?

The situation will become “critical” if the flow in the pipelines is not restored by the end of the week, Williams said.

Overall, gasoline inventories in the United States are actually “comfortable” for this time of year, said Peter McNally, global head of industrial metals and energy at Third Bridge, in a comment. sent by email. Supplies are about 3% below average levels, he said.

However, he pointed out that the market is heading for the peak demand season which begins with Memorial Day weekend, in less than three weeks.

“Our experts will be watching inventory levels that have fallen over the past year,” McNally said, adding that “the rationalization of refineries along the east coast … has increased reliance on Colonial.”