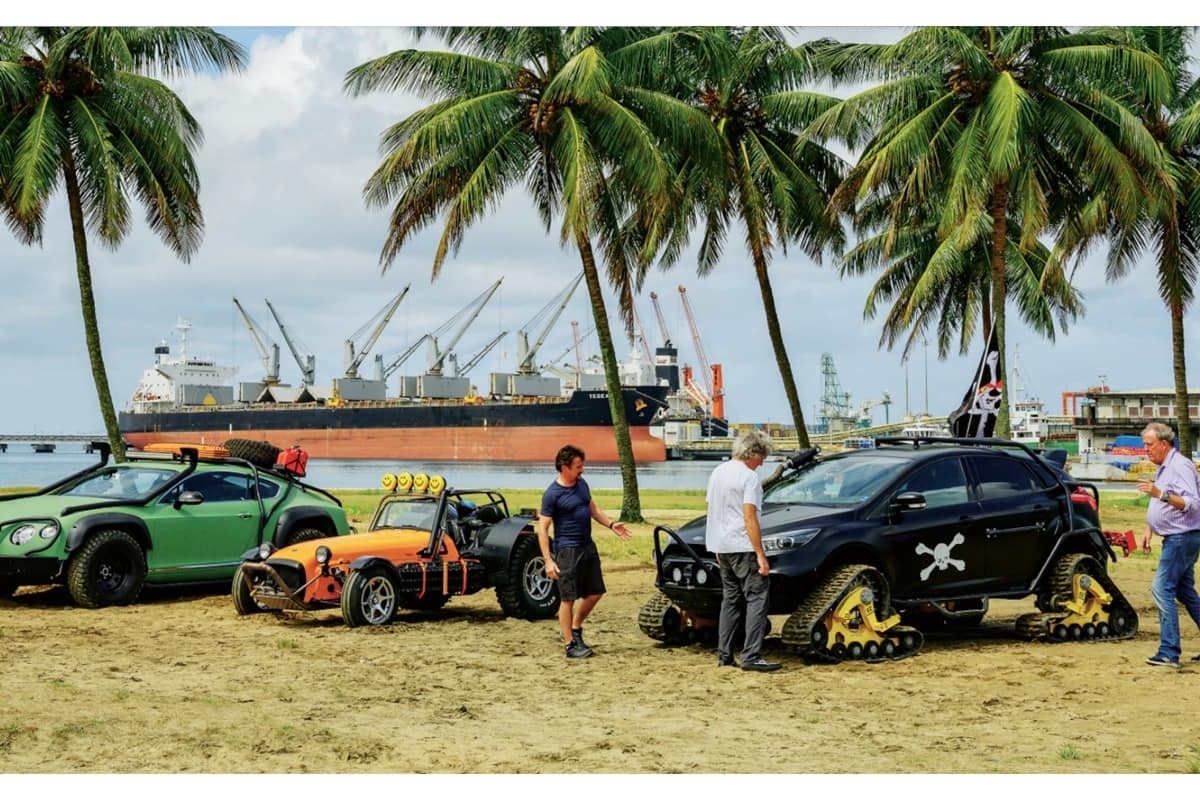 The Grand Tour Presents: A Massive Hunt Review – It’s Not Perfect But You’ll Love It

Grand Tour – A Massive Hunt Review: The Madagascar Special felt more like a Special that Clarkson-Hammond-May did with his former employer, which is great since we have some proper cars to watch in tough terrain.

We’re delighted to see the boys back on our screens after a very long time and as Jeremy Clarkson was quoted as saying earlier this was the hardest ride he’s ever been on in all the adventures the trio have been on so far it seems to be just plain true. The Grand Tour Presents: A Massive Hunt was pretty much the same recipe we’ve been watching for decades, but with the most diverse set of wheels in an episode that included a luxury sedan, sports sedan, and kit car.

While the recipe is proven with the fact that the trio’s chemistry (particularly the banter) is most of what keeps the audience hooked, the Madagascar special seems to rely on it a little too much. The Grand Tour entered our lives as something much more than a motor show. Each country the three visited during the Grand Tour focused on itself, which Madagascar didn’t do as much (we didn’t see a single lemur king).

The Madagascar Special felt more like a Special than the three had done with their former employer, which is great since we have proper cars to watch in tough terrain. The Bentley Continental GT was simply fabulous with the off-road makeover and the Caterham turned out to be the most surprising of the lot as it did it absolutely without a single breakdown. James May ended up being a wet dog, but all his little car needed to tackle the treacherous roads of Madagascar were big tires.

Richard Hammond’s Ford Focus RS looked brilliant at first, but it was clear that putting it on the rails was definitely a bad idea as it caused more trouble than it brought comfort. The fact that he didn’t reach the last village should have been sadder than he was, but he didn’t.

The traditional drag race was worth every second of screen time as the three raced on the world’s most expensive piece of tarmac the French have built on Reunion Island. The road is truly stunning and one wonders what car or motorbike would you like to be on for this 12km stretch of road in the sea. The Bentley, of course, wins the crown and James May becomes the first person to lose a race of dragsters on the expensive road.

The actual treasure hunt that included a cipher that only James May could work out generated little real interest in the hunt, except of course for James Turing’s breakthroughs. Overall, it’s the same book and the same characters, but the cover was much more intriguing than it was.

There are definitely some hilarious moments as Hammond tries to get himself a meal in the car, May winches the Caterham up a tree to make way for the locals, and Clarkson with his ever-popular impersonations (watch him ask for jump tracks) .