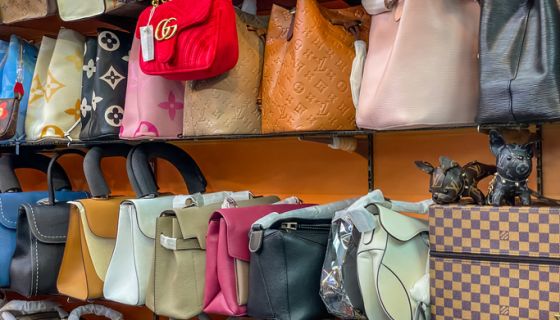 A Long Island boutique owner is behind bars after more than $40 million worth of counterfeit goods were discovered inside, including Dior, Louis Vuitton and more.

In the modern age of Instagram and living life to share and impress others, luxury items are the easiest way to grab attention on social media. From rented cars, rented jewelry, fake jewelry, rented clothes, fake clothes, and AirBnBs, some people spend all their money trying to maintain a social media aesthetic. The efforts made by the people have driven the opportunists to open lucrative businesses with the aim of earning money with those who fake the lifestyle. One of the routes is the rental of luxury clothing, but the gourmet route is to sell counterfeit luxury items directly. For a Long Island boutique owner, the greed to get money from those who pretend to fit in landed her in jail.

31-year-old store owner Lindsay Castelli has been arrested after police say they found thousands of fake designer items at her shop selling them across the county. Linny’s store reportedly had an estimated $40 million worth of these counterfeit products, including Chanel, Louis Vuitton and Dior. Police said it was the result of an 18-month investigation that uncovered the scheme where the store put luxury logos on $10 sweatshirts. Police discovered more than 22 heat presses and designer labels in the basement of the store. Ultimately, the store allegedly deceived customers across the country by passing off the goods as genuine. Castelli will now have a serious legal battle on her hands as she is accused of trademark infringement, and not just any type of infringement, it’s all of the biggest luxury brands in the world that she allegedly infringed.

Pakistani minister heckled at US airport leading to abusive altercation