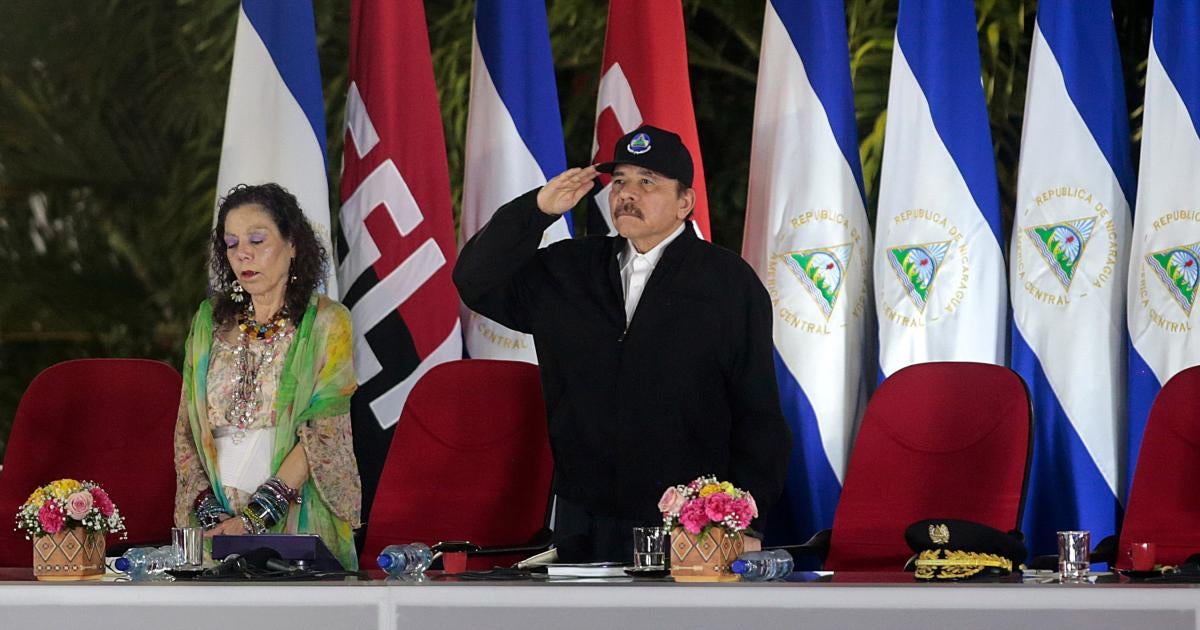 (Washington DC) – The Nicaraguan Congress passed a law proposed by President Daniel Ortega on December 21, 2020 that appears designed to bar opposition candidates from participating in the 2021 presidential elections, Human Rights Watch said today. Member states of the Organization of American States (OAS) and the European Union (EU) should urgently condemn this legislation which threatens Nicaraguans right to stand for election and to vote in fair and free elections.

The law prohibits so-called “traitors” from standing for or holding public office. It defines “traitors” in broad terms to include, for example, people who “undermine independence, sovereignty and self-determination” or “undermine the supreme interests of the nation”. The law is silent on how such a decision would be made, or by whom.

“Following Ortega’s orders, the Nicaraguan Congress passed a law that could be used to brand Ortega’s opponents as ‘traitors’ and bar them from running in the upcoming 2021 national elections,” said Jose Miguel Vivanco, director of the Americas at Human Rights Watch. “With this law in effect, there is little or no hope for free and fair elections in Nicaragua.”

President Ortegawho has been in power since 2007, sent the bill to Congress for its “urgent” consideration on December 18. The bill passed with minor changes after only one debate and entered into force on December 22.

According to the law, a “traitor” is anyone considered to be “carrying out or financing a coup d’etat, changing the constitutional order, promoting or inciting terrorist acts, committing acts which undermine independence, sovereignty and self-determination, inciting foreign interference in internal affairs, requesting military interventions, organizing with foreign funds to carry out acts of terrorism and destabilization, proposing and organizing economic, commercial and financial blockades against the country and its institutions, those who demand, praise and applaud the imposition of sanctions against Nicaragua and its citizens, and all those who undermine the supreme interests of the recognized nation in its legal order.

The American Convention on Human Rights, which Nicaragua has ratified, provides in Article 23 that a law may regulate political rights, including the right “to vote and to be elected in periodic elections genuine…solely on the basis of age, nationality, residence, language, education, civil and mental capacity, or conviction by a court having jurisdiction in criminal matters”.

The International Covenant on Civil and Political Rights (ICCPR), to which Nicaragua is also a party, also recognizes and protects in its Article 25 the right of every citizen, “without unreasonable restrictions”, to “take part in the conduct of public affairs , directly or through freely chosen representatives; vote and be elected; as well as “access, under general conditions of equality, to the public service of his country”. The Human Rights Committee, which monitors countries’ compliance with the ICCPR, said any restrictions on the right to stand for or hold public office should be based on “objective and reasonable criteria”.

In recent months, the Nicaraguan government has promoted, and Congress has passed, several other laws that seriously restrict the rights to freedom of expression and association in the country and could undermine free and fair elections in 2021, said Human Rights Watch.

In October, Congress passed a “Foreign Agents” Act, which requires many individuals and groups who receive direct or indirect funding from abroad to register as “foreign agents” and prohibits them from intervening in “domestic political affairs”. The law also prohibits those registered as “foreign officials” from running for public office until one year after they withdraw their registration and the government verifies that they are not receiving foreign funding.

That same month, Congress passed a cybercrime law criminalizing a wide range of online communications. It provides for prison sentences of up to four years for ‘publishing’ or ‘disseminating’ ‘false’ or ‘distorted’ information on the internet ‘likely to cause anxiety, distress or fear’ .

In November, Congress approved on first reading a constitutional amendment that would allow life sentences for “hate crimes” writ large. Nicaraguan law does not deal with “hate crimes”, although the government has often accused critics and political opponents to commit them. Congress is expected to pass the amendment in January 2021.

In 2018, a brutal crackdown on protesters by the Nicaraguan National Police and pro-government armed groups left more than 300 dead and 2,000 injured and led to hundreds of arbitrary arrests and prosecutions. The government stripped 10 non-governmental organizations of their legal registrationforcing them to close, harassing and imprisoning journalists.

“By setting an unequal playing field for the 2021 elections, the government is undermining the rights of all Nicaraguans to participate in free and fair elections,” Vivanco said. “And after 13 straight years as president, Ortega seems determined to stay in power even at the cost of the basic rights of Nicaraguans.”