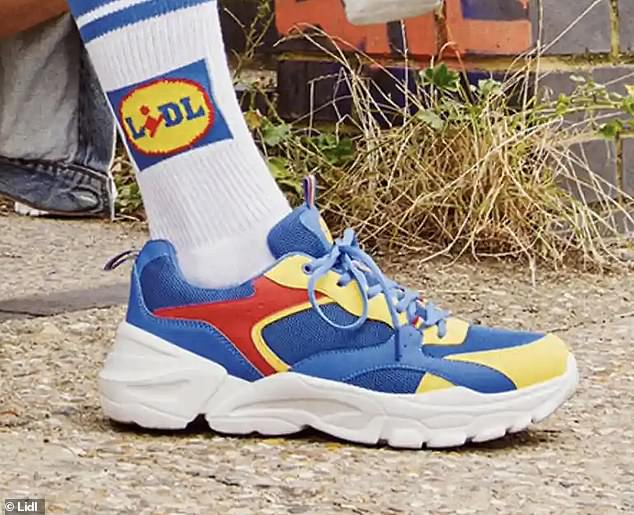 Luxury Louis Vuitton trainers that cost £960 are compared to £12.99 a pair Lidl

Luxury Louis Vuitton trainers that cost £960 are being compared by fashion fans to a £12.99 pair designed by budget supermarket Lidl

By Maria Chiorando for Mailonline

Big brand Louis Vuitton has been accused by some fashion fans of taking inspiration from budget supermarket Lidl.

The design house is currently selling a pair of colorful blue, red and yellow trainers, which retail for £960.

According to the brand, the LV Trainer sneaker, which it describes as an “icon of the Louis Vuitton shoe collection”, is made in Italy and sewn by hand, with each pair taking seven hours to make.

But eagle-eyed shoppers noted that the shoes resemble a pair launched by Lidl last September.

Lidl launched this pair of chunky blue, red and yellow 90s-style trainers last September, with an RRP of £12.99 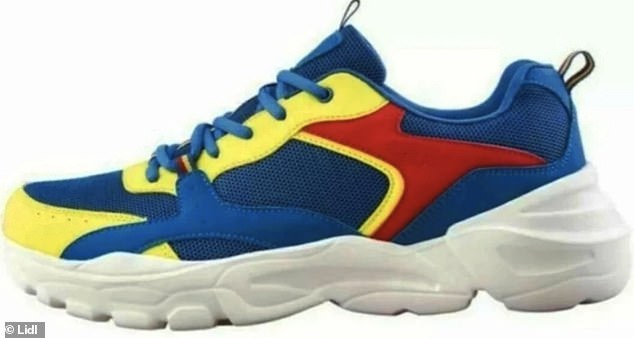 The popular sneakers quickly sold out online and in some stores, with some pairs appearing on second-hand sales sites for prices several times higher than their original RRP. 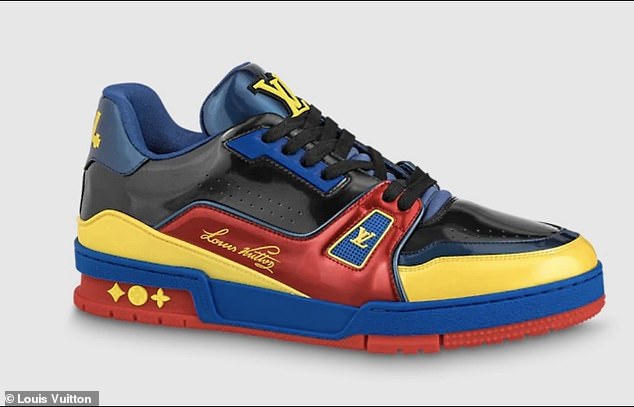 The shoes from the supermarket featured a chunky ’90s-style last and the same bold primary colors.

However, they were advertised for a much friendlier price of £12.99 on an Instagram post from the retailer.

As The Sun reported, some people took to social media to discuss the shoes in a Facebook group.

One user agreed the pair looked alike, but noted they were “£900 more expensive”.

Lidl launched the shoes last September, as part of a range that also included shorts and socks emblazoned with its logo. 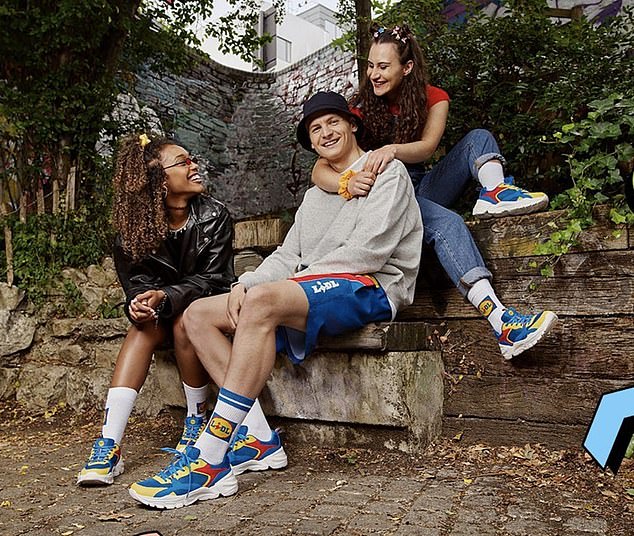 Lidl’s inexpensive trainers, which she launched last September (pictured), were part of her ‘LidlbyLidl’ range which also included shorts among other items 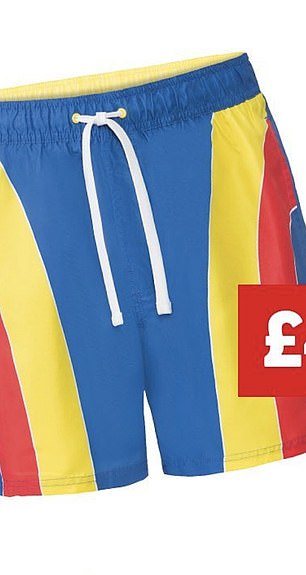 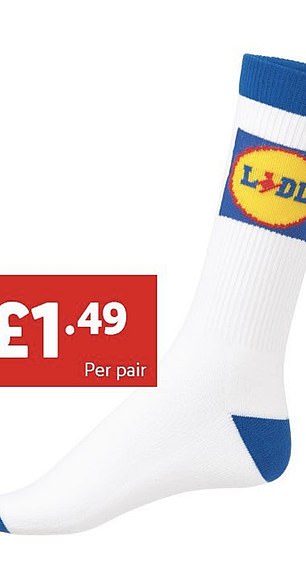 The LidlbyLidl range, which the budget retailer launched last September, was affordable and included items like these shorts (left) and socks (right)

The shoes proved hugely popular – indeed, some sold-out pairs of trainers are said to have ended up on second-hand sites, selling for up to £250 a pair.

Other items in the range, including socks, were reportedly listed for sale online at prices several times higher than their original RRP.

Many shoppers reportedly said they had visited up to five of the supermarkets, only to find the items were already sold out.

A Lidl spokesman told the Guardian the company was aware of items being resold at higher prices and was “investigating internally”.