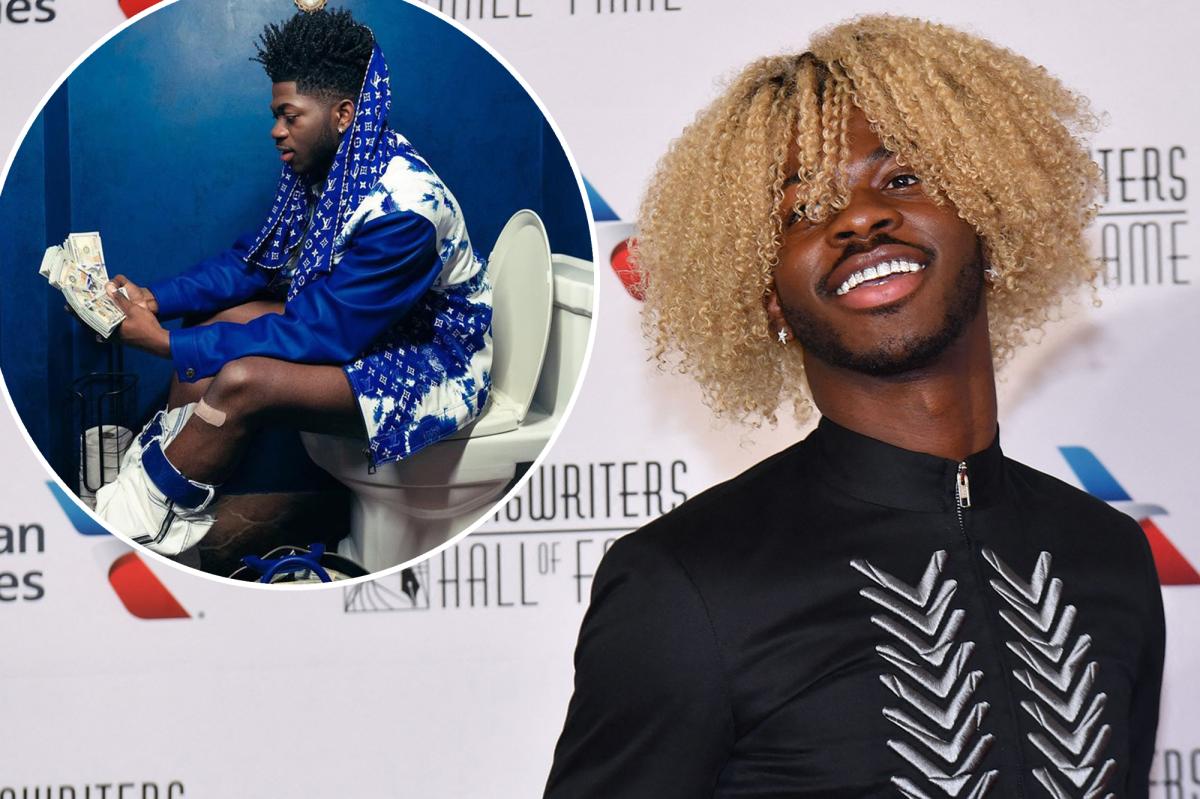 Lil Nas X’s new song is sure to be the shit.

The “Old Town Road” rapper took to Instagram on Tuesday to announce his new song, “Late to the Party,” which features YoungBoy Never Broke Again and drops Friday.

And to share the news, the 23-year-old superstar sassically posed on a toilet in a Louis Vuitton look worth over $10,000.

Lil Nas X wore a bright blue tie-dye jacket ($4,850) covered in the luxury brand’s logo, which matched the bathroom walls perfectly – as did his monogram belt ($690), scarf and the sports bag ($3,250) stuffed with one hundred dollar bills at his feet.

The “Montero (Call Me By Your Name)” hitmaker paired all that Vuitton with white jeans (around his ankles, of course) and chunky Rick Owens platform boots ($1,854), which looked a lot tougher to walk than his controversial “Satan Shoes.”

The Grammy Winner released a sample of the song — in which he repeatedly raps, “F—k BET” — on June 7.

Earlier this month, Lil Nas X said he felt snubbed by the BET Awards after receiving “an outstanding zero nomination” ahead of the 2022 ceremony, which will take place on June 26.

“I just feel like black gay people have to fight to be seen in this world and even when we get to the top mfs try to pretend we’re invisible,” he tweeted at the time.

No matter the accolades, Lil Nas X is literally sitting on a throne…albeit porcelain.

Can Lightning Emotors Inc (ZEV) shares hit the top of the industrials sector on Thursday?