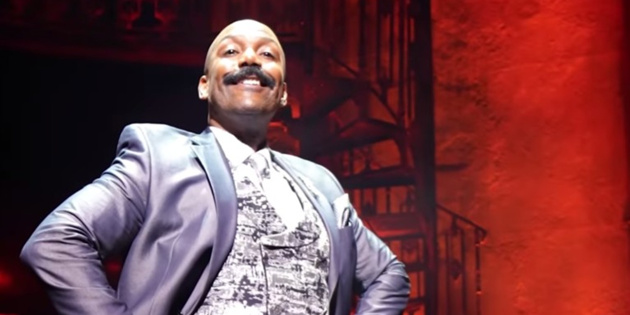 How T. Oliver Reid found his wings as Hermes in Hadestown | The Broadway Buzz

T. Oliver Reid began his journey through hell in Hadesville as an original cast member studying the roles of Hermes and Hades. He then became the first actor to take on the role of Hermès full-time after Tony winner André De Shields. Now, after more than three years with the musical, Reid is gearing up for his next departure from the show. (Tony winner Lillias White will play Hermes next.) Reid recently sat down with Broadway.com correspondent Charlie Cooper at the civilian hotel forThe Broadway Show to discuss stepping into the role of Hermes, his historical arc as Fate, Black Theater Coalition and more.

Reid knows exactly what made him want to be a part of Hadesville. “It was absolutely the music that drew me to it – once you put it on, you can’t not listen to it,” he said. “I was working with [Hadestown director] Rachel Chavkin on a workshop Lempicka, and they mentioned that there would be auditions because Hadesville was coming back from the West End to Broadway. I knew there was no choice – I had to do this show. At the very beginning, that’s what [composer] Anaïs Mitchell slept on the paper that hit me and kept me all this time.”

“I knew I wanted to be able to cover both the roles of Hades and Hermes because, for me, it was always about being able to play all of those things,” Reid said of his stint as lining. “Watch Andrew [De Shields] and Patrick Page seemed like the best of all possible worlds. The biggest thing was trying to get [André] out of my head [in order to play Hermes]. It’s about being able to take out as much as you need to and keep the andreisms, as I like to call them, which are actually amazing storytelling within the framework of the show. I found my own voice in the text that I know so well. I make sure what I say really feels the way I say it.”

The saying “the show must go on” is the basis for the one-liners and swings that often step into a role at the last minute. In March, Reid took the saying to a new level when he played Fate, a role he hadn’t heard of that was traditionally played by a female actor. “Coming out that first night, to me, I felt like a man in a dress made up because I identify as him/her/her, and that’s how I walked through this world as a cisgender man,” Reid said. . “There were people in the audience that night that when I walked out I saw their mouths open. There were people who saw there was an opportunity for them in the theater that they didn’t didn’t think I was there before. If I was as an understudy or cover, it shouldn’t be any different to the shows they see any other night with the normal cast on stage. But more and more because of the COVID and the lack of coverage, we see more exciting moments of things happening on stage than we might not have seen before.”

In addition to his work in Hadesville, Reid is also a co-founder of the Black Theater Coalition, an organization dedicated to eradicating racial inequality in the theater industry. “It was really about making sure there were opportunities for black professionals in this industry, he said. “There are a lot of black and brown bodies on the stages, but when you look in general management offices, producers and creative design areas, there are so few. We wanted to make sure that those early years were really about opening those doors as much as possible. So many people we contacted said, “We’ve been waiting for this. We know it has to happen, but there was no one to lead the charge. For us, that’s part leading the charge and part supporting our accomplices and partners so they can keep doing the job.”

Watch the video below and head here to check your local listings for The Broadway Show. Hosted by Emmy-winning presenter Tamsen Fadal, it is the only nationally broadcast weekly theatrical current affairs program.