In October 2019, Dog Diggin Designs which specializes in parody pet products had filed a “HAIRMES” trademark application for pet beds, pillows, cushions and pet toys with the Japan Patent Office (” JPO”). The JPO granted protection to the “HAIRMES” trademark in July 2020, and released the trademark for opposition.

Hermes opposed the mark “HAIRMES” and argued that the mark should be canceled because the high degree of misleading and phonetic similarity between “HAIRMES” and “HERMES” was likely to confuse the minds of the public. and to dilute the reputation and popularity of HERMES in the fashion industry and with concerned consumers in Japan.

Hermes further alleged that Dog Diggin Designs copied the packaging design and color scheme similar to that of Hermes with a dishonest intention to profit from the reputation gained by HERMES.

* We do not claim any copyright to the image above. The same is used for representational and academic purposes only.

The JPO Opposition Board denied the similarity between the marks and observed that “Apparently, the difference between ‘AI’ and ‘E’ in the middle of a respective word would be enough for concerned consumers to tell them apart.” Phonetically, ‘HERMES’ is easily distinguished from ‘HAIRMES’ due to the difference between the first and the second, since the two marks respectively consist of four sounds. Conceptually, the opposite mark does not give rise to any specific meaning. That said, the Commission denied the existence of a likelihood of confusion. 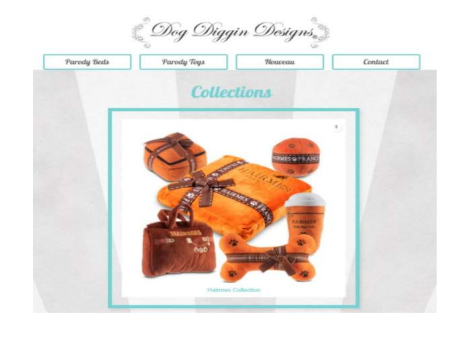 * We do not claim any copyright to the image above. The same is used for representational and academic purposes only.

Based on the above, the JEA rejected Hermes claims and concluded that the opposing mark will remain valid under the status quo.

From Hermès to Ikea: the brands suspend their activity in Russia

Hermès changes its name to Evri after allegations of parcel mishandling