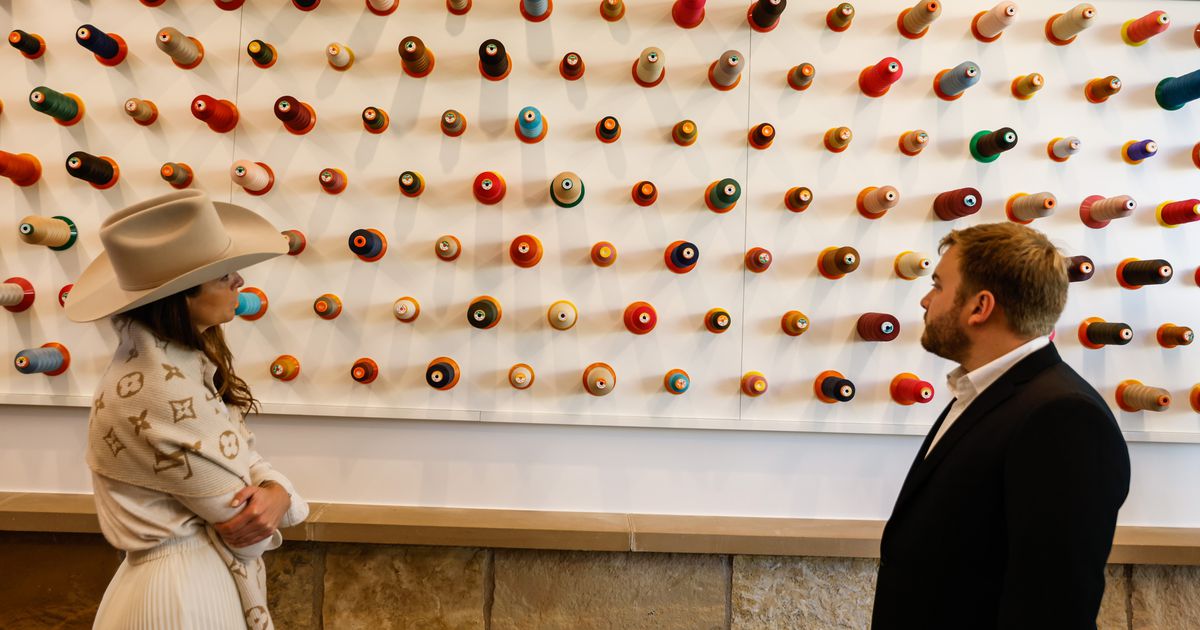 ALVARADO – Natural light shines through the windows and reflects off the hard-working artisans at Louis Vuitton Rochambeau Ranch in Alvarado. The luxury handbag maker says it designed the building to empower the creativity of its 300 artisans.

On Friday, Louis Vuitton gave the media a detailed look at the details that go into creating a handbag. This weekend, the ranch will open for free one-hour tours to the public that are all booked. The tours are part of LVMH Moet Hennessy Louis Vuitton‘s Special Dayswhich translates to “special days”.

The company said it plans to expand the ranch to enable more training and production and reach a goal of 1,000 artisans in Alvarado. The expansion will take the ranch to 256 acres and is expected to open next year.

This is the fifth time the French handbag, wallet and accessories maker has offered tours of its stores and manufacturing facilities, but the first time it has conducted tours in Alvarado. Louis Vuitton would not allow official interviews with artisans and workers during the media tour.

“It offers a rare opportunity to visit the real places where magic happens and gain valuable insights into how our artisans shape dreams which, in turn, make our world a more beautiful place to live,” Bernard Arnault, Chairman and CEO of LVMH, said in a statement.

The walls inside the ranch tell the story of Louis Vuitton. There are photos of the French general who helped the 13 colonies achieve independence during the Revolutionary War, whose ranch is named after. The ranch went through Rockin’ Z when LVMH Moet Hennessy Louis Vuitton bought it.

There are also photos of the man himself, Louis Vuitton. He is best known for creating trunks. In 1859, he expanded his activities by opening a workshop in the center of Paris with 20 employees. Louis Vuitton reported more than $54 billion in sales for the first nine months of 2022, and it has 156,000 employees worldwide, including 33,000 in the United States

Alvarado workers are grouped into stations for painting, cutting and other procedures. Some of the company’s bags require more than 350 steps, the company said.

Colorful leathers and threads on spools line the walls, and each workstation has a small bag with the scissors, brushes, sewing kits and detailing tools used by artisans.

New craftsmen follow five weeks of training at the School of Leather Trades. During the first two weeks, artisans learn the basic use of Louis Vuitton machines. The third week is reserved for learning how to hand-paint the products. The last two are dedicated to mastering a particular element.

All leather hides are imported from Northern Europe and inspected for imperfections, the company said. Skins rejected for stretch marks or imperfections are kept for the training of artisans.

The Rochambeau Ranch is one of three Louis Vuitton ranches in the United States; the other two are in California. Fifty-seven brands across 93 locations in 15 countries opened their doors to the public this weekend.