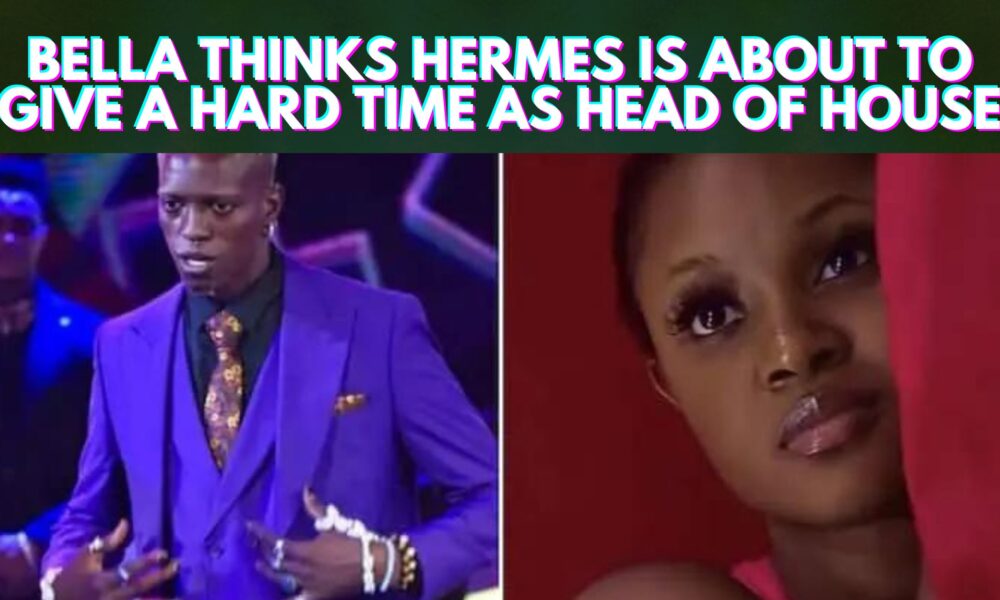 In a new video making the rounds on social media, new head of house Hermes BBNaija is seen giving housemates a stern look; the look that passes the mood without frills.

Bella BBNaija upon seeing Hermes BBNaija on this look made a funny comment, directed to her roommate, Doyin BBNaija “Wahala dey o, we don’t die!”.

Could it be that the housemates are having a tough week? Or the look just isn’t anything?

Recall that Hermes became the second house head of the BBNaija Season 7 Level Up after winning the house head games this week.

Chichi is Tail of the House this week, and she’ll share her reward with Dotun (because he mishandled his microphone during gameplay).#BBNaija #BNxBBNaija7 #BBNaijaLevelUp pic.twitter.com/U7wY4ZpF5X

READ ALSO » BBNaija 2022: beauty and groovy get cozy under the duvet (video)