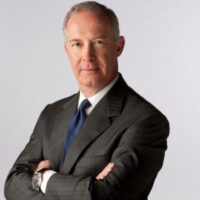 Former Bulgari CEO gets thumbs down from Richemont shareholders – JCK

Richemont shareholders voted overwhelmingly to keep former Bulgari CEO Francesco Trapani (pictured) off its board, after Richemont’s chairman called him an ‘unsuitable’ candidate given its ties to rival conglomerate LVMH.

Activist fund Bluebell Capital Partners had wanted Trapani, one of the fund’s co-founders, to represent the company’s A shareholders on Richemont’s board. Bluebell also urged Richemont to focus more on watches and jewelry.

Bluebell, which has what Richemont called “a small stake” in the company, did not return a request for comment at press time. But founding partner Giuseppe Bivona told Bloomberg the vote represented a “partial victory” for Bluebell, as it was the first time Richemont had appointed a specific board member to represent its traded shares.

In a statement, Richemont Chairman Johann Rupert said he was “deeply grateful to all of our shareholders and wishes to thank them for their vote of confidence in the management and governance of the company. The Board can now continue to work in a collegial manner, in the interest of all our shareholders.

The battle over Trapani’s nomination has been unusually public and heated.

Richemont’s board told shareholders that it “could not responsibly recommend that shareholders leave [Trapani]a person who has a long history of association with [LVMH]— as well as a personal relationship with the main shareholder of this group — become a director of our company and intervene in the decision-making process of our company.

Trapani ran Bulgari when it was acquired by LVMH in 2011. He later served as CEO of LVMH’s watch and jewelry division and a member of the LVMH board of directors. He was also an adviser to the chairman of LVMH, Bernard Arnault.

Trapani left LVMH in 2017 when he joined Tiffany’s board. The famous retailer received an offer to buy from LVMH two years later.