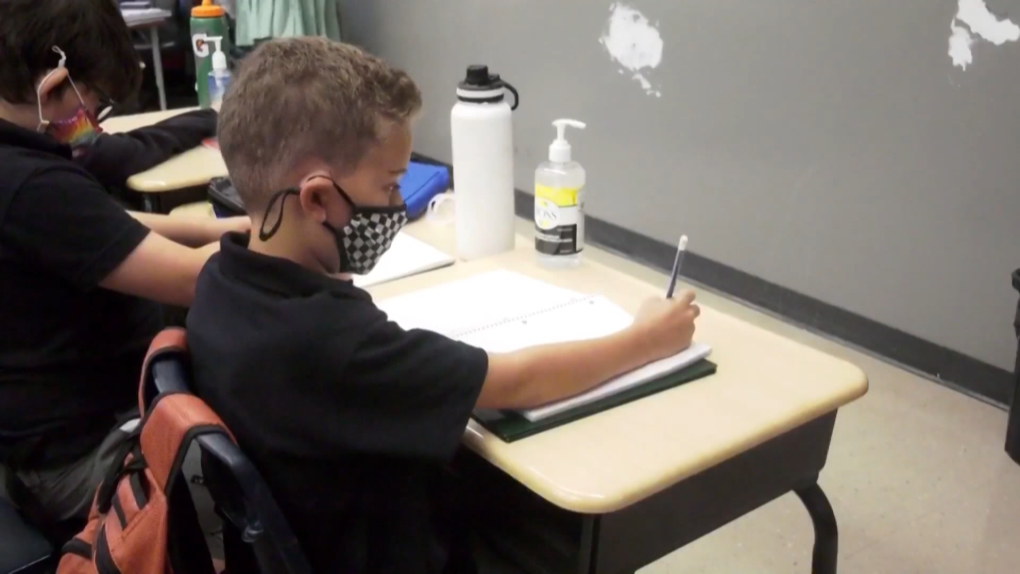 The Ottawa Public School Board is debating mandatory masks in schools, Mayor Mark Sutcliffe is heading to Queen’s Park and Canada is kicking off its World Cup campaign in Qatar.

CTVNewsOttawa.ca takes a look at five stories to watch this week.

Education workers will be at work Monday, after the Canadian Union of Public Employees reached a tentative agreement with the Ontario government.

The agreement means that all schools in Ottawa and Eastern Ontario will be open for in-person learning on Monday.

“We are pleased that CUPE and the province were able to reach a negotiated settlement. We know this has been difficult for families, our students and our staff. We thank you for your patience and kindness during this labor dispute,” said the Ottawa Catholic School Board. said on Twitter.

No details were released about the deal, but CUPE previously said the Ontario government had tabled an offer with a 3.59 per cent wage increase for education workers. CUPE said it accepted a lump sum increase of $1 an hour.

“I want to be clear, there is no money for new jobs that have been offered to us at any time during this time,” Laura Walton said on Sunday evening. “There are no services for new jobs.”

The Ottawa Carleton District School Board says none of its employees are represented by CUPE.

The Ottawa Carleton District School Board will hold an emergency meeting on Tuesday evening to discuss whether to reinstate mask mandates in schools.

CHEO and Ottawa Public Health strongly recommending that people wear masks indoors and in crowded public places, Administrator Dr. Nili Kaplan-Myrth introduce a motion requiring all students, teachers and visitors to wear surgical or N95 masks in schools and at all OCDSB-led activities.

Kaplan-Myrth wants masks to remain mandatory until Ottawa Public Health declares flu season is over and CHEO pediatric intensive care unit occupancy is below 85% for at least two weeks. CHEO’s intensive care unit was operating at 200% capacity on Friday.

The Ottawa Public School Board passed a motion last spring to require mask wearing in schools after the Ontario government lifted mask mandates on March 21.

(Photo by Pavel Danilyuk of Pexels)

Prime Minister Justin Trudeau, his top aides and several cabinet ministers will take a stand this week during the public inquiry into the federal government’s use of the Emergencies Act.

This is the last week of hearings to the Public Order Emergency Commission.

The meeting comes a week after Sutcliffe was sworn in as the new mayor.

On Friday, Sutcliffe met with Finance Minister Peter Bethlenfalvy to discuss “provincial and municipal priorities,” according to the mayor.

CANADA AT THE WORLD CUP

This is Canada’s first World Cup appearance since 1986.

The team includes Jonathan David, originally from Ottawa, who played at Louis-Riel School and with the Gloucester Hornets soccer club.

Meanwhile, bars in Ottawa will be allowed to serve alcohol as early as 7 a.m. during the World Cup. The Alcohol and Gaming Commission of Ontario has extended hours for the service and sale of alcohol during the tournament.

You can watch the World Cup on TSN and CTV.

OTHER EVENTS THIS WEEK

CTV News and MOVE 100 kick off the Toy Mountain campaign in support of the Salvation Army Monday during CTV News at Six.

The CISSS de l’Outaouais is opening a new outpatient clinic for children under 17 to see an emergency doctor, instead of going to a hospital emergency room. The new Gatineau clinic opens Monday.

The City of Ottawa is hosting an online public information session to review the design of the Airport Parkway Widening Project. The appointment is Wednesday at 6:30 p.m.

The Lansdowne tree lighting ceremony is Friday at 5:30 p.m.

The Orléans Parade of Lights is Saturday at 6 p.m.