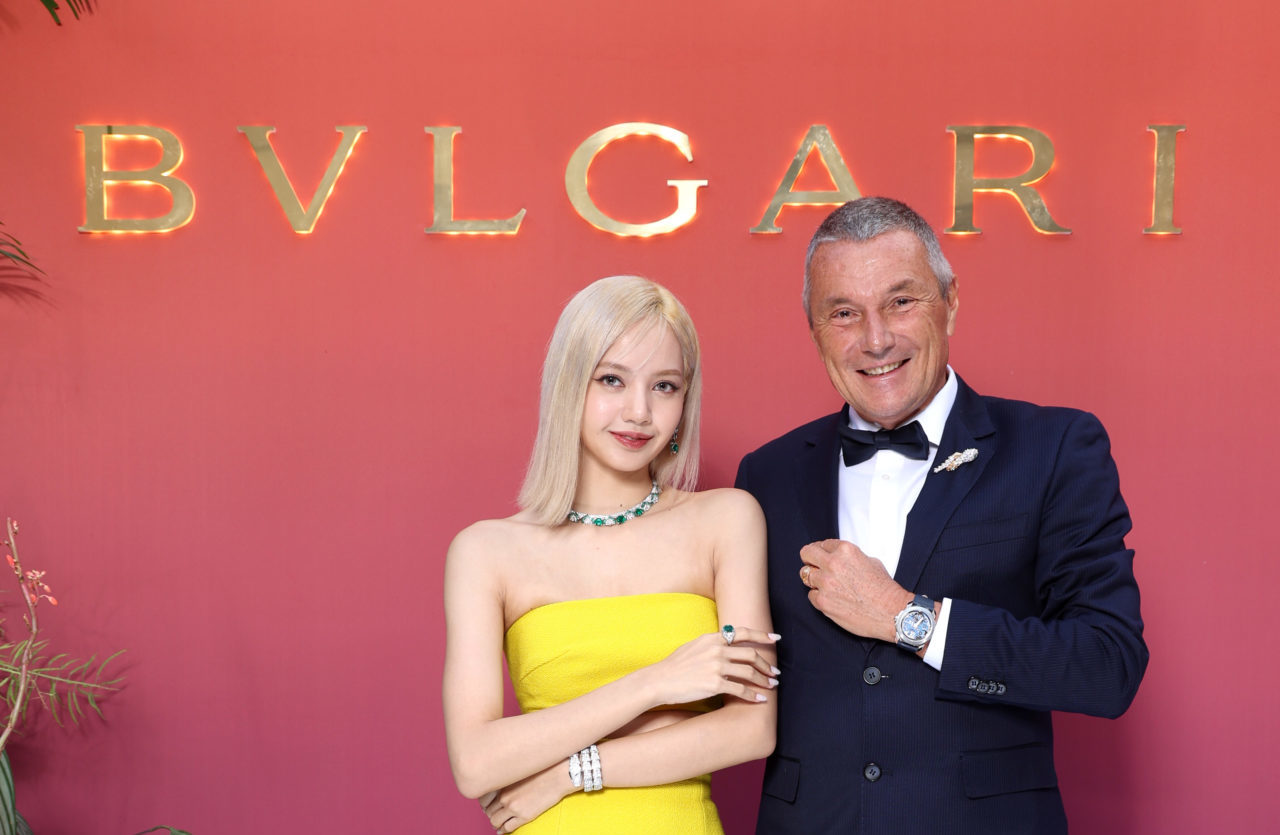 There’s only one night left until BLACKPINK’s album drops and they’ll be “in your area.” In the meantime, fans are celebrating Lisa Manoban’s success. The singer was tagged a ‘world icon’ by Bulgari’s CEO JC Babin.

Two weeks ago, the 25-year-old K-Pop idol made history by becoming the first K-Pop soloist to win in the Best K-Pop category. Making milestones, Lisa Manoban is one of the biggest artists in the South Korean music industry. Upon entering Hollywood, his notoriety skyrocketed with the success of BLACKPINK.

As the face of Celine, many fashion opportunities presented themselves to the singer. The MONEY singer was named Bulgari‘s new Global Ambassador for 2020. Since then, fans have been supporting her throughout her partnerships.

Hailed as “the global icon”

On September 14, Bulgari CEO Jean-Christophe Babin took to Instagram to give a special thank you to its Global Ambassador, BLACKPINK’s Lisa. The French CEO praises his global ambassadors inside and outside their partnerships on his social media platforms.

During the holiday days at the Toronto Film Festival, Babin’s decision to boost the K-Pop idol’s exposure describes his close relationship with the singer.

Attaching various photos of advertised billboards, including Lisa, he captioned: “With the release of #insidethedream at the Toronto Film Festival, @bulgari has increased the visibility of @lalalalisa_m worldwide starting in Canada where the Festival takes place Lisa is a true global icon loved across the planet for her talent, character, style and love for @bulgari.

The Italian jewelry brand has announced that Lisa will join Zendaya, Priyanka Chopra, Chiara Gerragni and Lily Aldridge for Bulgari’s new project Inside the Dream. The short documentary would reveal the brand’s deepest secrets giving viewers their first glimpse into the world of Bulgari.

Seeing Babin’s heartwarming gesture towards the popular singer, many fans rushed to show their appreciation for his support by calling him the “sweetest person”. Many more have sprung from the visuals of Lisa, as she appeared in the brand’s latest campaign among other global ambassadors.

One fan commented: “Thank you for the love and support Lalisa. Bulgari is amazing.

Another said: “Bulgari love Lisa and always support her, thank you sir.”

BLACKPINK Is Ready To ‘Shut Down’ With Their Comeback

After a two-year hiatus from BLACKPINK, the popular quartet returns with their second album titled Born Pink. The album will contain a total of eight tracks. BLINKS will see a new side to the group as they enter their sixth year as idols.

Born Pink will be a concoction of different genres, combining classical music with EDM. Fans got their first taste of the songs Ready To Love and Pink Venom. The songs were released in July and August respectively.

Pink Venom currently holds the most streamed music video title on YouTube in 24 hours with over 90.4 million views. He also broke his previous record of 86.3 million views with his hit single, How You Like That.

Count the hours. Are you ready for Jisoo, Jennie, Rosé and Lisa?

In other news, Fans of BLACKPINK’s Lisa rush to support the star as Bulgari praises ‘global icon’

High Jewelery Serpenti Misteriosi Bulgari: a precious snake that Cleopatra would have adored