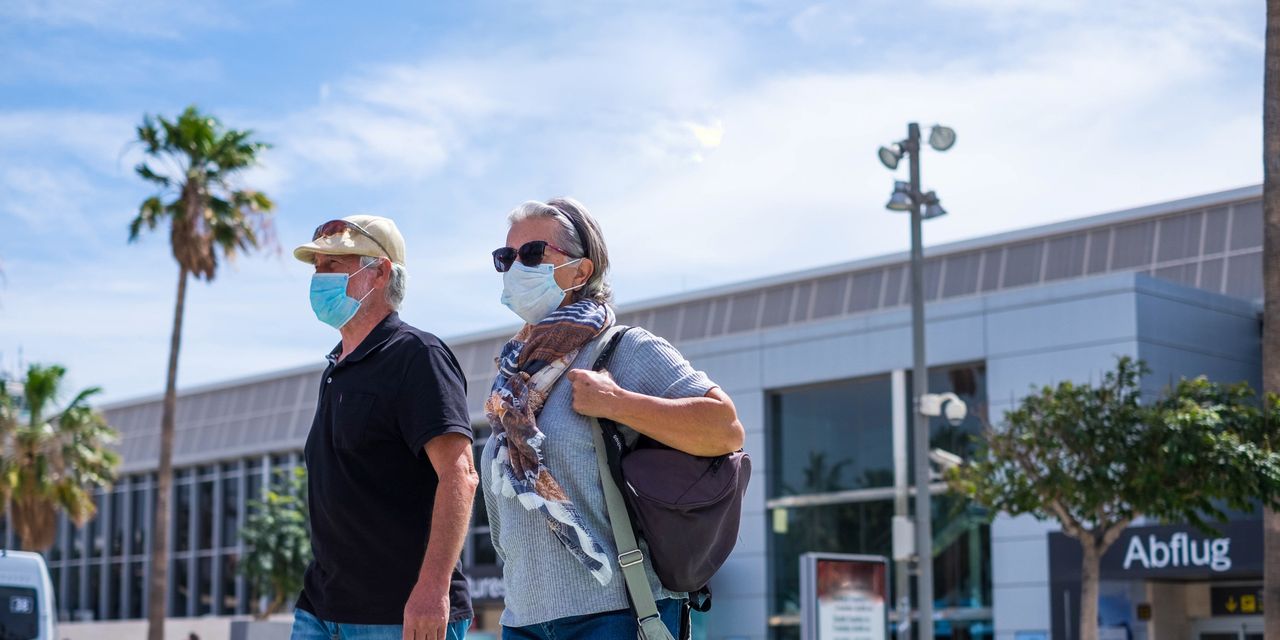 Countries where vaccinated Americans are allowed to travel

The European Union voted on Wednesday to start allowing non-essential travel for anyone vaccinated against the virus that causes COVID-19.

“Ambassadors to the EU have agreed to update the approach to travel from outside the European Union,” European Commission spokesman Christian Wigand told reporters. The EU has authorized the three vaccines currently available in the United States from Moderna MRNA,
,
Johnson & Johnson JNJ,

Additionally, the EU is about to update its travel access guidelines (no more than 25 new coronavirus cases per 100,000 people in the previous 14 days) for unvaccinated travellers. EU officials should agree on a limit of countries that have no more than 75 cases per 100,000although the United States is not yet eligible for this exemption.

It is not yet clear how soon countries will update their travel policies. Spain’s Deputy Tourism Minister Fernando Valdés told The Associated Press on Wednesday that the country would drop travel restrictions in early June.

Ambassadors to the EU also endorsed an “emergency brake” policy that will allow member states to quickly close their borders to people entering from other countries if the health situation worsens significantly or if a new dangerous variant of COVID-19 raises concerns.

For Americans who are fully vaccinated against COVID-19, their vaccination papers will soon become a golden ticket to European getaways.

Domestic travel has rebounded in recent weeks, but demand for international travel remains weaker. Many countries have continued to impose restrictions on who is allowed to enter their borders amid the coronavirus pandemic, limiting entry to their own citizens or people carrying out essential activities.

By early April, only about a third of searches on Hopper for flights this summer were for international destinations, with the remaining two-thirds for trips to the United States.

“It’s usually much closer to a 50/50 split in normal years,” said Adit Damodaran, an economist at Hopper.

Even before the EU announcement, some countries had made it easier for people who could prove they were fully vaccinated against COVID-19 to visit, in a bid to revive tourism.

Among EU member states, five countries – Bulgaria, Croatia, Cyprus, Ireland and Italy – have resumed allowing non-essential travel for people coming from other countries. All of these countries require proof of vaccination, and in some cases travelers must self-quarantine for a period of time before they can move freely.

Iceland has taken this to the extreme – tourists are only allowed to visit the island country famous for its hot springs and volcanoes if they have been fully vaccinated against COVID-19 or can show documentation proving that they had the disease before and have since recovered.

Iceland originally planned to bring the new travel rules into effect on March 26, but the country’s government later postponed the policy until April 6.

Other countries, such as Ecuador and Nepal, have taken a different approach to vaccinated travellers. Rather than requiring that they be vaccinated, vaccinated individuals can instead circumvent requirements that they must be tested for COVID-19 before travel. Thus, border patrols will instead ask for proof of vaccination rather than the results of a COVID-19 test upon entering the country.

Don’t miss: CDC offers travel advice to vaccinated Americans – but stops short of saying it’s OK to get on a plane

Which regions are ready to reopen their borders?

So far the list of countries that have relaxed rules for vaccinated holidaymakers is short, but travel experts expect it to grow in the near future.

Several companies and organizations develop “vaccine passports” this could simplify things for international travellers. The International Air Transport Association, an airline trade group, is launching a digital Travel Pass that allows users to upload proof of vaccination or COVID test results to a mobile app. So far, 23 airlines have agreed to test the IATA Travel Pass, including Virgin Atlantic and Singapore Airlines.

Among the regions that seem most ready to relax the rules for those who have been vaccinated is the Caribbean, Staab said. “The Caribbean appears to be the region most open to tourists currently, and this should continue, whether by opening up to all tourists or only to those who are fully vaccinated,” he noted. Several cruise lines, including Royal Caribbean and Norwegian, have announced plans to resume departures from Caribbean ports with only fully vaccinated people allowed on board ships.

In Europe, politicians in countries like Portugal and Greece, whose economies depend heavily on tourism, have suggested they plan to allow vaccinated people to travel there. In those cases, however, Americans could still be barred from entry, depending on how the rules are set and whether specific vaccines are required for entry. The vaccine produced by Moderna MRNA,
,
for example, has only received full or emergency authorization in 41 countries, while vaccines from Pfizer PFE,

are approved to some extent by more than 100 countries.

Unvaccinated travelers are not without options, however. Many countries have resumed allowing tourists to visit, even if visitors are not yet vaccinated. In these cases, travelers are generally required to obtain a negative COVID test prior to travel, and are sometimes subject to additional testing and a period of self-isolation upon arrival.

And some of these countries, like Mexico, may be reluctant to require proof of vaccinations for tourists, as these policies could backfire and deter some travelers, especially from the United States.

“They rely heavily on tourism, and I don’t see them mandating a vaccine to enter the country right now,” said Bruce Rosenberg, chief operating officer of HotelPlanner, a group booking site. “If anything, they’re going to say, ‘We’re more welcoming and more open’.”

US Embassies, US News and World Report, The Points Guy

Some parts of the world are more likely to remain closed to leisure travellers. Most Western European countries, for example, have maintained very strict policies regarding who can enter their borders as part of wider lockdowns due to the pandemic. And many small island nations in the Pacific Ocean have kept borders fully closed amid the pandemic, given the relative lack of medical facilities and how prone they would be to nationwide outbreaks if people patients entered their country.

But higher demand will not necessarily lead to greater capacity. Airlines have greatly reduced the number of flights they operate amid the pandemic to cut costs, and they may be slow to resume full operations in case there is a further rise in COVID-19 cases in the world that would lead to a repeated slowdown in travel.

“Reduced capacity, increased demand and the need to recoup costs will likely drive airfare prices higher later this year into next year,” Staab said. “Airlines will not immediately return 100% of their pre-pandemic routes, even if demand increases, which means that demand could outweigh supply, and airlines can increase fares while filling the gaps. seats.”

Airlines could even potentially increase prices “to compensate for the need to set up infrastructure to verify that passengers are vaccinated,” Staab added.

In addition, the rising cost of kerosene will increase traveler spending. Airfarewatchdog is currently advising people to book their international travel by the end of May to guarantee lower prices – along with the time-limited easing policies for free flight changes for economy fares.

But prices may be discounted for other travel-related costs, including hotels and activities. “Mexico and the Caribbean are still a value because they’re trying to attract customers to leave the United States,” Rosenberg said, adding that the same philosophy could apply in major European cities that are tourist centers.

At the same time, however, major tourist sites will need to keep an eye on the number of COVID cases as they begin to welcome travelers again. And some countries, like Iceland, might decide act quickly to protect their citizens if they see higher infection rates in the coming months.