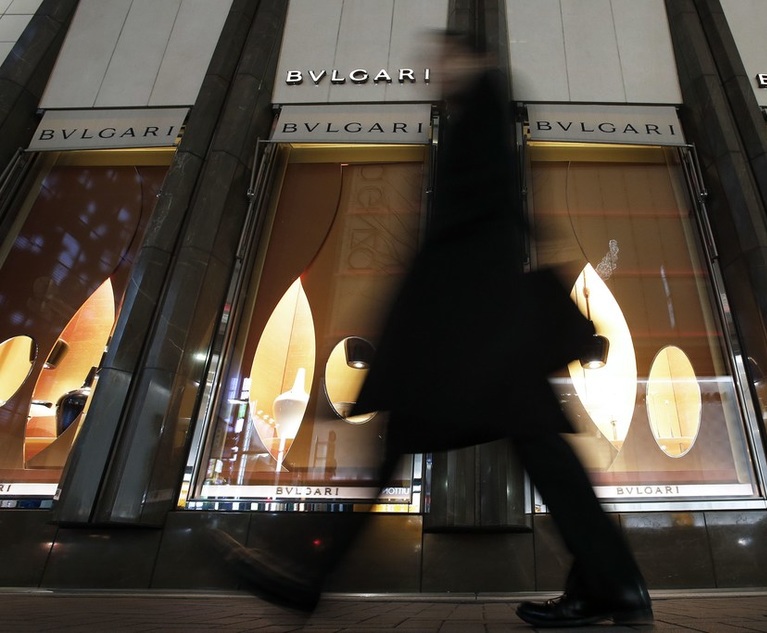 Jewelry heiress Ilaria Bulgari sued her older sister in the Southern District of New York on Thursday, alleging that Veronica Bulgari improperly withheld information about two trusts set up by the women’s father.

David Boies of Boies Schiller Flexner and Peter Skinner of Morrison & Foerster represent Ilaria Bulgari, who says she only learned she was a beneficiary of the trusts in February 2020, some 15 years after they were created during their parents’ divorce.

The complaint was first reported by ALM’s Law.com Radar.

According to the complaint, when Ilaria learned of the existence of the trusts, she also discovered that she, Veronica, and their sister Natalia were entitled to one-third of each trust upon their mother’s death. This was to be accomplished through the creation of three new trusts, one for each girl, according to the complaint.

“But Veronica Bulgari failed to follow the simple requirements of the Trust #1 agreement,” Boies and Skinner wrote. “Instead, as described in more detail below, Veronica Bulgari insisted that Ilaria accept a settlement into a new trust with terms substantially and materially different from Trust Agreement #1.”

Ilaria was told she would have to accept a different structure for tax reasons, and when she asked for more information about the trust and its management over the past 15 years, Veronica said she was not “not ready” to ask Morgan Stanley to share the declarations of trust. with Ilaria.

“Veronica Bulgari added that she, ‘as trustee,’ did not receive any emails from Morgan Stanley, did not ‘check them electronically’ and ‘immediately shredded[ed] all hard copies of documents, despite Trust #1’s provision requiring the “Trustee to keep a record of all transactions relating to the Trust,” Boies and Skinner wrote.

The lawsuit alleges that Veronica breached her fiduciary duties as trustee of Ilaria as the beneficiary of the trust and that Veronica was negligent in her failure to keep records and investigate irregularities in bank statements. account and tax returns. Ilaria seeks undisclosed damages and a statement that Veronica is not entitled to reimbursement from the trust for expenses incurred defending the lawsuit.

As of Friday afternoon, Veronica’s attorney had yet to appear in the lawsuit.

The secret life of a Hermès scarf