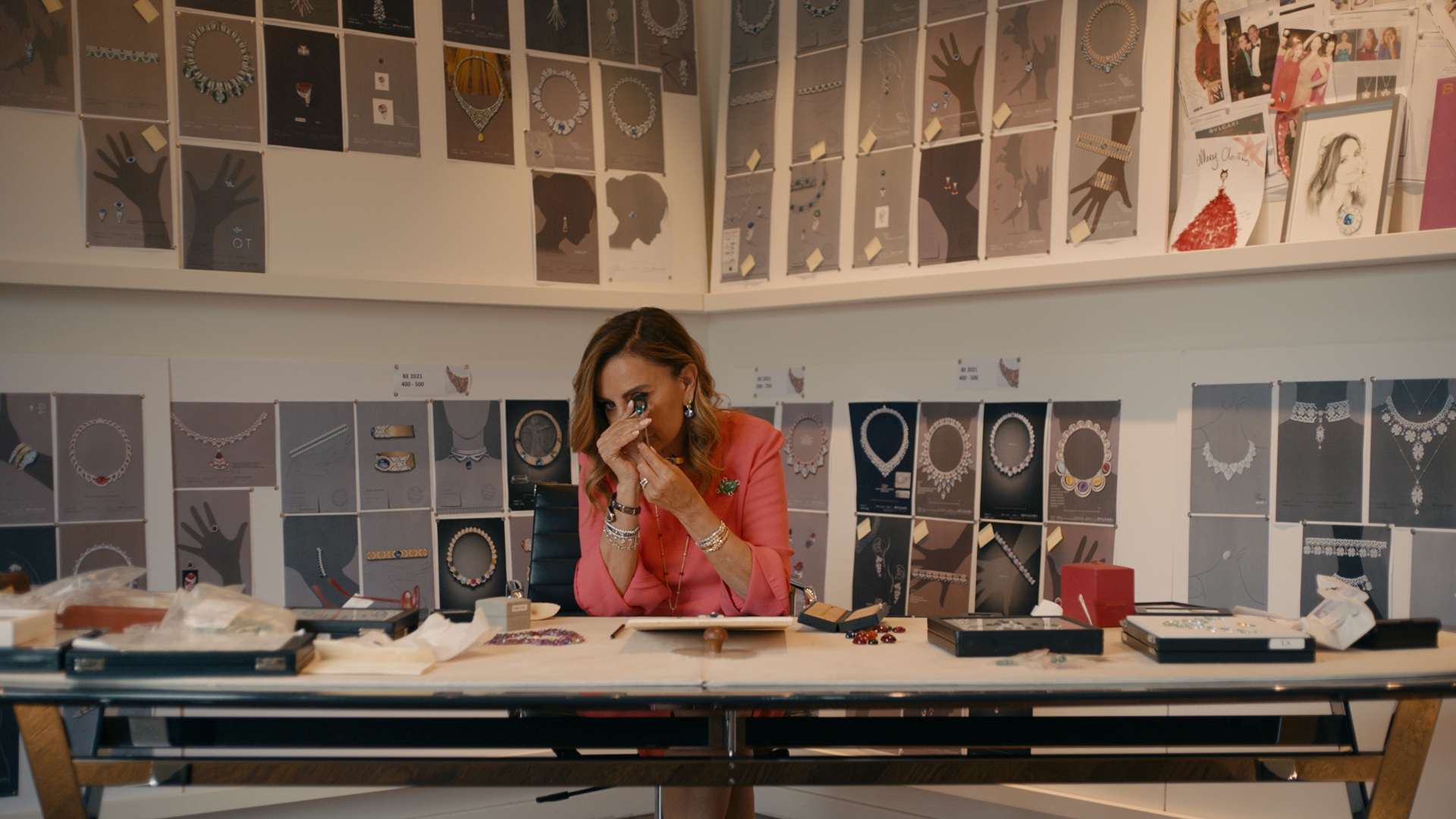 Bulgari is no stranger to movies. The Maison de Haute Joaillerie has had customers on the red carpet like Audrey Hepburn, Elizabeth Taylor and more recently Zendaya. For the first time ever, Bulgari will get big-screen airtime with the release of Inside the Dream, an unprecedented look behind the scenes of an unprecedented creative process.

Produced by Terminal9 Studios and directed by emerging talent Matthieu Menu, the film follows in the footsteps of jewelry creative director Lucia Silvestri. Known as the woman who buys the most extraordinary gemstones in the world, Silvestri learned her trade directly from the Bulgari family, forging her way year after year in an industry largely dominated by men.

From the search for precious stones in Jaipur, India, to the design of unique pieces at Bulgari’s headquarters in Rome, through the masterful artisanal production of the Maison’s workshop – a secret place where the most exclusive – each stage of the journey reveals the unique talents and know-how that make the luxury and wonder of the brand.

Of course, this does not stop at the creation of the jewel, but at the ultimate goal of wearing it. Here we also get a glimpse of five extraordinary women who make up an exclusive cast of Friends of Bulgari, including Zendaya, Chiara Ferragni, Lalisa aka LISA, Lily Aldridge and Priyanka Chopra Jonas.

One piece in particular is the Serpenti Hypnotic Emerald Necklace which cherishes a stunning 93.83 carat cabochon-cut Colombian emerald with its curvy body preciously set with diamonds and emeralds. As the first person to wear the stunning masterpiece, Zendaya made a mesmerizing red carpet arrival at the 78th Venice International Film Festival, unveiling the breathtaking result of a year-long journey to the world.

inside the dream celebrated its world premiere at the Toronto International Film Festival last week, of which Bulgari was an official partner. It is now available to stream on Prime Video in over 100 countries.

‘I might join the Hermes relationship tribe’: BBNaija’s Allysyn opens up about her affair with the pro-dancer