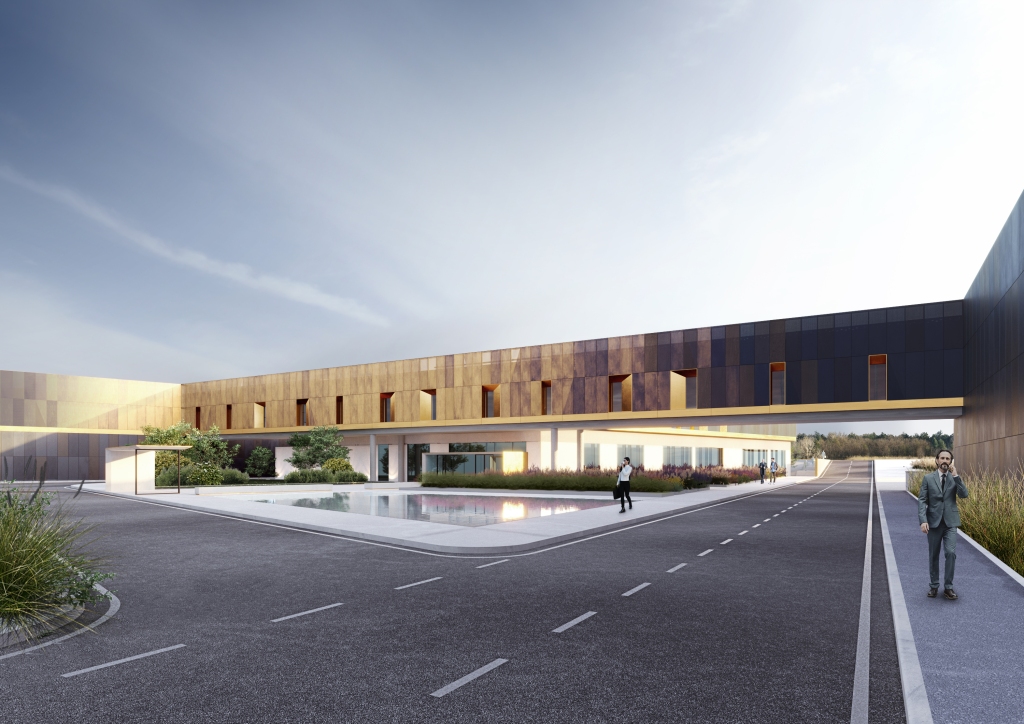 MILAN — Five years after unveiling a state-of-the-art jewelry factory billed as the largest in Europe, Bulgari is already doubling production capacity at the site, based in Valenza, Italy.

With nearly 189,000 square feet of new space, expansion work will begin this month and the project is expected to be completed by the end of 2025. Approximately 650 new employees are expected to be hired by 2028.

“I never thought we would have to expand the plant so soon; the idea was that it would be enough to continue for 10 or 12 years. But demand has increased more than expected and we absolutely need to increase our internal capacities,” said managing director Jean-Christophe Babin.

The executive did not reveal the amount of the investment, but said it was the ‘highest investment’ for the company and ‘almost twice as much’ as ​​the original funds transported to the factory, called Manifattura.

“All Bulgari jewelry is made exclusively in Italy because we believe in authentic, traditional craftsmanship and the added value of operating where there is real craftsmanship,” Babin said of the tradition. silversmithing in Valenza, which dates back to the Renaissance. . Valenza is located between Milan, Turin and Genoa.

“In a complex moment on a global level; we want to send a positive message for the future by continuing to invest in our country. This will create many new direct jobs over the next five years, as well as several hundred indirect jobs with our suppliers,” he continued.

Further reflecting the company’s commitment to territory and craftsmanship, the Rome-based company will open the Scuola Bulgari, linking the new buildings to the existing one, which will also be renovated, Babin said.

“We make beauty and sell beauty and being surrounded by beauty reflects what we do, in an aesthetic and architectural balance,” he reflected.

This training center is Bulgari’s first training school for external students and was developed in collaboration with a design school.

The training will last about a year and the best students will have the opportunity to be employed by Bulgari.

The Bulgari Academy, which avoids draining the network of local artisans in the surrounding area, will instead continue to train new recruits who will have the opportunity to learn specific Bulgari craft techniques directly from of the master craftsmen of the house.

With four courses per year, lasting four months each with full-time attendance of 40 hours per week, the Bulgari Academy has today trained hundreds of jewelers.

The Valenza plant produces basic Bulgari products such as B.Zero1, Serpenti, Diva and Parentesi. Designs sold for up to 50,000 euros.

The extension will be built using innovative technologies and materials with low environmental impact, with the aim of obtaining LEED certification, which the existing construction obtained in 2017.

Developed by the Italian architecture firm Politecnica, the project has been entirely designed in a sustainable approach and following the principles of energy efficiency, not only to drastically reduce the environmental footprint of the site but also to preserve the neighboring territory and its biodiversity. .

The expansion will consist of two new buildings and an exterior suspension bridge that will connect the three structures together. The central part, totaling 49,518 square feet, in addition to presenting a reception area will house the Scuola Bulgari and a restaurant, while the largest building, covering 138,780 square feet, will be dedicated to production.

Babin explained that Bulgari is implementing concrete actions such as reducing the impact on the environment, encouraging sustainable mobility, reducing water consumption, optimizing energy performance also thanks to renewable or alternative energy sources, the use of materials from nearby areas and with high recycling value in the Components.

Technology has evolved since the opening of the first Manifattura and the expansion project will include new solutions. He cited an energy hub which will contain technologically advanced systems for the generation of hot and cold fluids with minimum energy consumption, a geothermal field installed under the parking lots for the production of approximately 1 megawatt of thermal energy and a new photovoltaic system, among others.

The Bulgari Manifattura began production in January 2017 with 380 employees, increasing to 750 currently.

The significant recruitment program, which plans to employ approximately 650 new employees between 2024 and 2028, includes a strategic plan for employer branding and talent search nationally and internationally, with a series of initiatives involving schools most important jewelry companies in Italy and Europe.

In addition, Bulgari has signed the urban planning agreement with the municipalities of Valenza and the neighboring town of Pecetto, underlining the house’s commitment to finance two important interventions for the redevelopment and environmental requalification of these territories.

The expansion project also includes other interventions aimed at significantly reducing its environmental impact and preserving the surrounding territory, in particular the biodiversity of the hills of Pecetto, just behind the production site.

Do I need a TV license? What you can legally watch without paying BBC fees | Personal finance | Finance