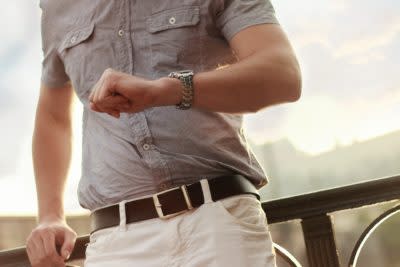 In this article we are going to list 15 biggest watch companies in the world. Please continue to see the 5 biggest watch companies in the world. Details have always been an indicator of great style. Visual identity is very important to people, especially in the 21st century, so that the first impression they leave on other people would be the one that leaves you breathless. Part of a good styling and an indicator that a person has style, is certainly a good, beautiful and quality watch. In fact, some watches are in a league of their own. Combining impressive craftsmanship with a stylish aesthetic, luxury watches are so much more than simple accessories. Yes, wristwatches and antique pocket watches are often appreciated as jewelry, but also as collectible works of art rather than just as timepieces. This has created several different markets for wristwatches, ranging from very inexpensive but accurate watches (intended for no other purpose than telling the correct time) to extremely expensive watches that serve mainly as personal adornment or as examples of high achievement in miniaturization and precision mechanical engineering. The growing fashion-consciousness of consumers and the need for exclusivity are driving the growth of the global watch market. Technological sophistication, superior quality, enhanced designs and craftsmanship. The global watch industry – led by many top-notch watch companies and watch brands – has always been focused on innovations and evolution that inspire consumers to spend more on luxurious watches. So for example, Rolex is considered to represent the elegance of the watch industry and you might want to consider checking out the 25 most expensive Rolex watches ever sold.

Watches aren’t just an accessory, they are an heirloom, an identity. They come in various types and sizes, and they can have different characteristics, like design, material, type of mechanism etc. Some of the watches are also hand crafted and loved and appreciated more because of it. Collecting watches is one of the most costly hobbies in the world but very interesting and sometimes really profitable. Wristwatches which are collected are high quality, complicated, limited edition and with precious metals or diamonds.

Unbeatable for their sophisticated designs and precise manufacturing are these companies who are on our list of 15 biggest watch companies in the world, starting with number 15:

Franck Muller is a private company and a Swiss luxury watch manufacturer headquartered in Geneva, Switzerland. The company WAS founded in 1992. It is named after its founder and former CEO of the brand, Franck Muller. Co-founder is Vartan Sirmakes. Thanks to its strong in-house capabilities in numerous fields of Haute Horlogerie, this young company rapidly became one of the best Swiss watch brands. The success of their manufacture is directly related to the dedication and expertise of their 650-strong workforce over the years. The company’s estimated total sales were €290 million in watches with an average unit price of €38,000. Franck Muller’s watches are worn by various celebrities, among them Arnold Schwarzenegger, Elton John, Cristiano Ronaldo, Kim Kardashian, Kanye West, David Beckham, Conor McGregor etc. The company is also known for its “World Premiers”. Each year, the manufacturer launches at least one new line of timepieces, featuring something special and exclusive, that has never been seen before in the watchmaking industry. The first such world premiere was launched in 1993. Over the course of his career, Muller has released 34 world-firsts in watchmaking such as the Evolution 3-1’s triple axis tourbillon and the Aeternitas Mega 4, which counts 36 complications such as a Westminster Carillon, an equation of time and split-seconds chronograph.

Movado Group, Inc. is an American watchmaking company. Since 1881, Movado has been a brand in motion – always changing, always innovating, always moving forward. This quest for innovation has made them one of the world’s premier watchmakers, with a proud heritage of Swiss craftsmanship, design excellence, and technological innovation. Movado was founded as LAI Ditescheim & Freres SA in 1881 in La Chaux-de-Fonds, Switzerland, by Léopold Achille Isidore Ditesheim. In 1905, the company changed its name to Movado – a word meaning “always in motion” in the artificial, international language of Esperanto. In 1983, the company was purchased by North American Watch Corp, founded by Gedalio Grinberg, a Cuban-born Jew, who fled Fidel Castro’s Marxist Revolution in 1960 with his family. His son, Efraim Grinberg, is the chairman and chief executive officer of Movado Group, Inc. The company is best known for its Museum Watch – designed by the American designer Nathan George Horwitt in 1947 – the watch dial has a very simple design defined by a solitary dot at 12, symbolizing the sun at high noon. Movado Group’s brands include Movado, Concord, EBEL and MVMT, plus licensed brands Olivia Burton, Coach, Hugo Boss, Lacoste, Tommy Hilfiger, Scuderia Ferrari, Rebecca Minkoff, and Uri Minkoff. They have 1,140 employees. Movado Group has revenue of US$ 567.95 million, operating income of US$ 43.20 million, net income of S$ -15.23 million, total assets of US$ 645.38 million and total equity of US$ 470.34 million.

Le Petit-Fils de L.-U. Chopard & Cie S.A., commonly known as Chopard, is a Swiss manufacturer and retailer of luxury watches, jewelry and accessories. The company was founded by Louis-Ulysse Chopard, a Swiss watchmaker who grew up in Sonvilier, a town near Bern, in 1860. It is headquartered in Geneva, Switzerland. Chopard is best known for making high-quality Swiss watches and jewellery, and its clients have included Tsar Nicholas II of Russia. A Chopard “Happy Diamond” wristwatch was sold in auction by Christie’s for around US$1.67 million in Geneva on November 10, 2015. The watch has quartz movement and carries a pink marquise-cut diamond, weighing approximately 2.62 carats, and a blue marquise-cut diamond, weighing approximately 1.48 carat. The company has 2500 employees. The annual revenue of the company is $845M.

Audemars Piguet Holding SA is a Swiss manufacturer of luxury mechanical watches and clocks. It is headquartered in Le Brassus, Switzerland. The company was founded in 1875, by Jules Louis Audemars and Edward Auguste Piguet in the Vallée de Joux and it has been family-owned since its founding. CEO of the company is Francois-Henry Bennahmias. The fourth-generation company leaders are both from the Audemars family, chairman of the company is Jasmine Audemars and vice chairman of the company is Olivier Frank Edward Audemars. Audemars Piguet Holding SA employs 1450 people. Its revenue is around $900M. The company is best known for introducing the Royal Oak wristwatch in 1972, which helped the brand rise to prominence within the watchmaking industry.

Patek Philippe SA is a Swiss luxury watch and clock manufacturer, one of the oldest watch manufacturers in the world with an uninterrupted watchmaking history since its founding and it is widely considered to be one of the most prestigious watch manufacturers in the world. The company is founded in 1839, by Antoni Patek, Franciszek Czapek and Adrien Philippe. Since 1932, it has been owned by the Stern family in Switzerland. It is headquartered in Plan-les-Ouates, Canton of Geneva, Switzerland. It designs and manufactures timepieces as well as movements, including some of the most complicated mechanical watches. The company maintains over 400 retail locations globally. In 2001, it opened the Patek Philippe Museum in Geneva. Honorary president of the company is Philippe Stern, president of the company is Thierry Stern and CEO of the company is Claude Peny. It has revenue of US$ 1.49 billion. Over the years, notable Patek Philippe patrons and timepieces owners include Queen Victoria, Queen Elizabeth II, Pope Pius IX, Marie Curie, Albert Einstein, John F. Kennedy, Nelson Mandela, Pablo Picasso, Pyotr Tchaikovsky and Leo Tolstoy.

Casio Computer Co., Ltd. is a Japanese multinational electronics manufacturing company. Its products include calculators, mobile phones, digital cameras, electronic musical instruments, and analogue and digital watches. The company is headquartered in Shibuya, Tokyo, Japan. It was founded in April 1946 (as Kashio Seisakujo) and in June 1957 (as Casio Computer Co., Ltd.). The founder of the company was Tadao Kashio (1917–1993), an engineer specializing in fabrication technology. CEO and president of the company is Kazuhiro Kashio. Casio Computer Co., Ltd. employs 11193 people. The company has revenue of ¥280.7 billion, operating income of ¥25.34 billion, net income of ¥17.59 billion, total assets of ¥334.1 billion and total equity of ¥202.5 billion.

Citizen Watch Co., Ltd. is an electronics company primarily known for its watches, and is the core company of a Japanese global corporate group. In addition to Citizen brand watches, it is the parent of American watch company Bulova. The brand Citizen was first registered in Switzerland by Schmid in 1918 for watches he sold in Japan. The company was founded in 1930 by Japanese and Swiss investors. It is headquartered in Nishitōkyō, Tokyo, Japan. CEO and president of the company is Toshihiko Sato. It has 20882 employees. Citizen Watch Co., Ltd. has revenue of ¥321.6 billion (US$2.93 billion), operating income of ¥22.4 billion (US$204.61 million) and net income of ¥13.3 billion (US$121.49 million).

Fossil Group, Inc. is an American fashion designing and manufacturing company. Their brands include Fossil, Relic, BMW, Michele Watch, Skagen Denmark, Misfit, WSI, and Zodiac Watches. Fossil also makes licensed accessories for brands such as Puma, Emporio Armani, Michael Kors, DKNY, Diesel, Kate Spade New York, Tory Burch, Chaps, and Armani Exchange. It is founded in 1984 as Overseas Products International by Tom Kartsotis. The company is headquartered in Richardson, Texas, U.S. Zodiac Watches was a Swiss brand that had been operating since 1882 when Fossil acquired it from Genender International in 2001 for $4.7 million. The Watch Station International chain was purchased from Luxottica/Sunglass Hut in December 2007. In 2012 Fossil, Inc. agreed to purchase Skagen Designs, Ltd. for approximately $236.8 million, paid both in cash and Fossil shares. CEO and chairman of the company is Kosta Kartsotis. Fossil Group, Inc. employs 10200 people. The company has revenue of US$2.21 billion, operating income of US$−28.3 million, net income of US$−52.3 million, total assets of US$1.60 billion and total equity of US$503 million.

LVMH Moët Hennessy Louis Vuitton, commonly known as LVMH, is a French multinational corporation and conglomerate specializing in luxury goods. The company was founded in 1987 by Alain Chevalier and Henry Racamier through the merger of fashion house Louis Vuitton with Moët Hennessy, which was established after the 1971 merger between the champagne producer Moët & Chandon and the cognac producer Hennessy. It operates through the following business segments: Wines & Spirits, Fashion & Leather Goods, Perfumes & Cosmetics, Watches & Jewelry, Selective Retailing, and Other Activities & Eliminations. It is headquartered in Paris, France. Chief executive officers are Bernard Arnault and Antonio Federico Belloni. They have 32,680 employees. The company has revenue of $60.1 billion.

Please continue to see the 5 biggest watch companies in the world. Suggested articles:

Disclosure: No position. 15 biggest watch companies in the world is originally published at Insider Monkey.

In Life and Work, Rachel Cargle Is an Architect of Community